Directed by: Joel and Ethan Coen

“The Ballad of Buster Scruggs” is the latest Coen brothers film, the latest Netflix exclusive and a western anthology film that paints a broad picture of life in the rough and tumble west.

Scarcely has the wild west been visualized so beautifully. The cinematography, the intricately designed props and sets raise the bar for the western genre. This is a film that is constantly gorgeous to look at.

It opens with what is easily the most funny and entertaining vignette as the titular Buster Scruggs (Tim Blake Nelson), a singer and gunslinger, gets himself into numerous scrapes that he’s more than qualified to get himself out of. Scruggs talks a lot about how much he loves singing, but he appears to take just as much joy in using his shooting iron.

Scruggs’ story is also easily the most absurdist, but that’s what makes it the most memorable. The writing here is also the sharpest. The clever dialogue and delivery by Nelson is trademark Coen brothers humor and it’s a high note to start the film on. 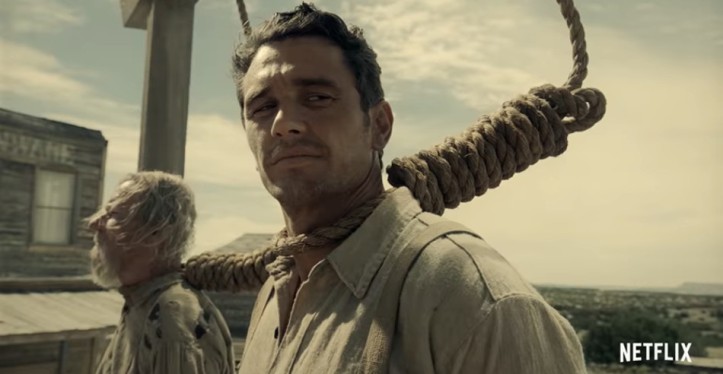 From there the film ventures into vignettes about an unlucky bank robber (featuring James Franco), a traveling show struggling for patrons (featuring Liam Neeson), an old prospector hoping to finally land a big score (featuring Tom Waits), a young woman traveling by caravan to Oregon, and finally a group of people of varying backgrounds conversing during a carriage ride to Fort Madison.

Most of the rest of these tales are far more grounded than Buster Scruggs’ opening. In fact, some of them are downright sad. Yet all of them have their charm and any one of them could likely have been fleshed out into their own feature length film. Some of the stories work better than others, but they all have merit. 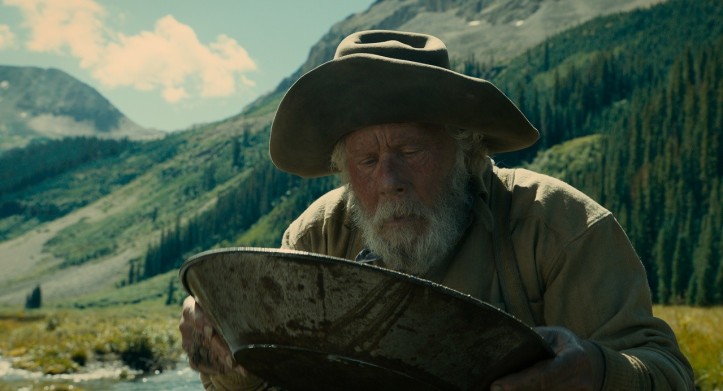 The best performances come during the vignette involving the caravan heading to Oregon. Zoe Kazan and Bill Heck develop a nice chemistry in what turns into a bit of a love story. Yet Tom Waits also shines as the aging prospector. In fact, it’s hard to believe this is the first time the Coen Brothers have teamed up with Tom Waits. He’s a natural fit for their kind of film.

I don’t love anthology films or TV shows, but “The Ballad of Buster Scruggs” makes for an enjoyable and occasionally moving film.