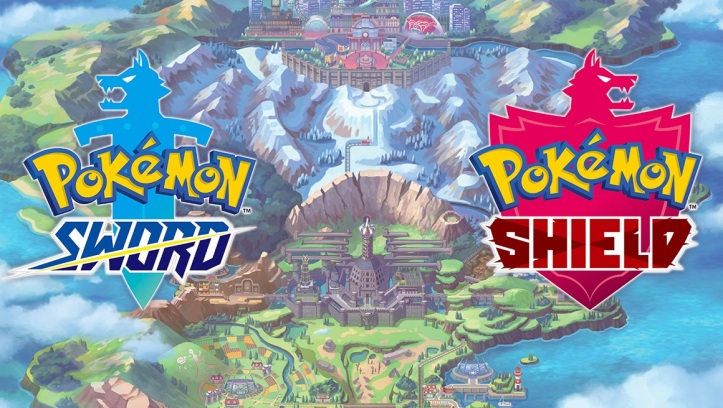 Nintendo and Game Freak showed off more details about their upcoming games, Pokemon Sword and Shield, including the release date, set for November 15, 2019.

In a new Nintendo Direct, Game Freak showed the explorable area between cities called “The Wild Area,” where Pokemon will be visible roaming around, and the Pokemon available will change depending on the weather at any given time.

Game Freak also explained a new gameplay mechanic called, “Dynamax,” that allows you to power up a Pokemon (they also grow in size) once per battle and for 3 moves. This “Dynamax” ability will also factor into what they’re calling “Max Raid Battles,” in which you and 3 other people (either friends or people you group up with online) can cooperatively battle a wild Pokemon who will be in Dynamax mode for the entire battle. 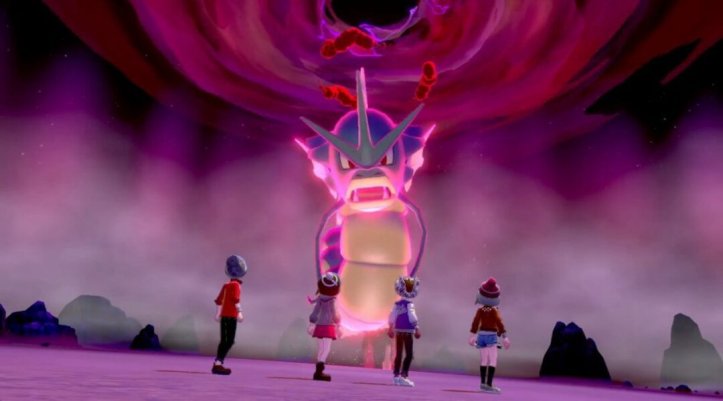 They also gave us our first look at some new Pokemon from the Galar Region. The first was Wooloo, a normal type sheep Pokemon, and the second was a grass type Pokemon called Gossifleur – and its evolution Eldegoss (a cotton bloom Pokemon). The third Pokemon was Drednaw, a water/rock type Pokemon that looked like tortoise. And the fourth was Corviknight, a flying/steel type raven Pokemon, that can serve as a method of fast travel, transporting you back to locations you’ve previously visited. 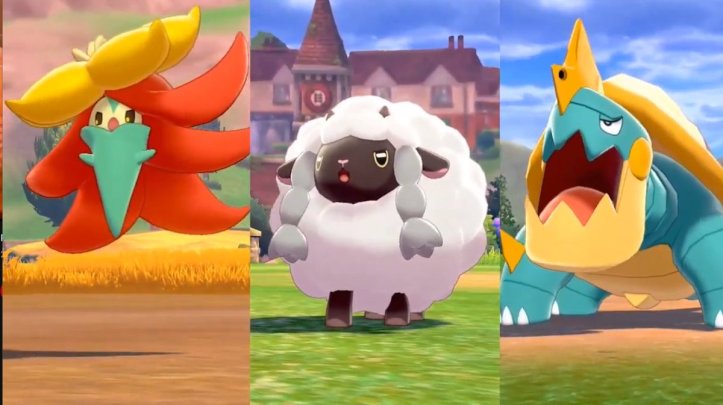 And finally, Game Freak gave us a first look at two legendary Pokemon, the ones that will be featured on the box art, from the Galar Region, Zacian and Zamazenta. Zacian holds a sword in its mouth, while Zamazenta seems to be wearing what resembles a shield on its front side. 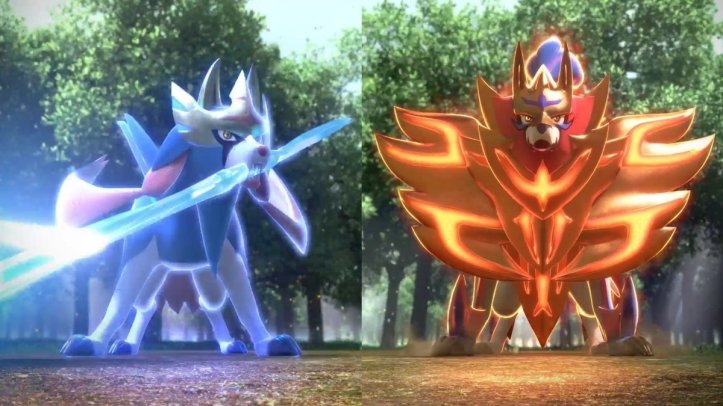 If all of this new information has you excited, you can already pre-order a double pack containing both versions of the game.

Which version of the game are you planning picking up? And which starter are you going to choose? Let us know in the comments!

See the full direct below: