In many ways “Death Stranding” reminded me of the conversation surrounding “Red Dead Redemption 2” last year.

One former member of the Polygon team tweeted that the first hour of “Red Dead Redemption 2” was, “books level boring.” Yet until I started hearing some of these hot takes, it hadn’t even occurred to me that people wouldn’t have loved the game from its first minutes.

Now to be fair, the movement and aiming controls in “Red Dead Redemption 2” can be clunky and imprecise. I can’t count how many times I was trying to talk to a character and accidentally ended up doing something violent instead, which got the entire town shooting at me. And that’s just the tip of the iceberg in terms of issues you could throw at the game if you cared to look for them. However, I was always engaged in the story and cared more about what was going on with the characters. It was a game that tried to perfect its cinematic storytelling rather than its controls and gameplay elements. Nevertheless, the story, characters, setting and style worked well enough for me to call it my game of the year in 2018. That doesn’t mean it’s a perfect masterpiece, but I liked what the game was doing and it clearly left an impression on me in ways most other games didn’t that year.

“Death Stranding” is much the same. It’s controls, its movement, its terrain is typically characterized as far more frustrating than fun, even by people who enjoyed the game. Many even hate the game’s bland, repetitive, fetch-quest mission structure. And it’s worse when you consider that on top of that bland mission structure, the game seems to be constantly trying to frustrate you in the places it asks you to go and the obstacles it places in your way.

In fact, after seeing a lot of the pre-release coverage of the game that pointed out a lot of these flaws, I was about ready to pass on playing the game entirely. But after discussing it on our podcast, I was reminded of all the crazy trailers and just how curious I was to find out what was really going on in the story. 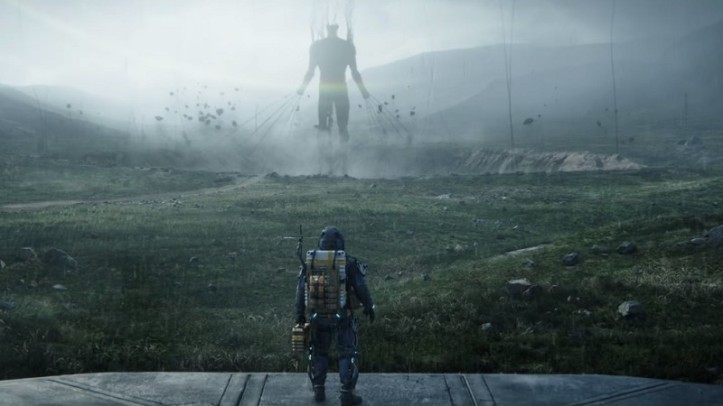 So, maybe against my better judgement, I jumped in and was surprised to find that most of those frustrating elements never made me consider giving up on the game. The story and characters, cinematic style, music and atmosphere all worked on me so well that I was never pushed past the breaking point. My curiosity to see where the story would go next won out every time I came up against something that frustrated me.

More importantly, the point of the game is to rebuild and reconnect America (themes that surely should resonate in 2019), and the more I played the more that purpose bore out. As I delivered more cargo to more locations and added them to the Chiral Network (an internet of sorts), I suddenly had access to vehicles, which made traversal and carrying more and more cargo easier. The more materials I delivered to auto-pavers, the more roads I could build between cities. The more roads I had the easier it was to carry cargo to more destinations. The more destinations I had activated, the more materials I had access to so I could build more roads.

It became something akin to “No Man’s Sky,” or any other builder game in which much of the gameplay revolves around your willingness to go find and horde materials and use them to build more and more structures. But in “Death Stranding” all the building had a grander purpose. If I built something, other people connected to the same server I was playing on would be able to benefit from it as well. And I can’t tell you how grateful I was to see other player contributions as well. There always seemed to be a bridge or a ladder close by when I needed one.

So I could literally see more of America being built and more connections being made, not just between NPC’s from the cities I was visiting, but from other players as well. And of course all of this was in service of a thought provoking and mind bending story that had me captivated from the introduction to the closing credits.

I can see why some of the supernatural elements may or may not land for some people, I’m still wrestling with some of them myself. But it’s hard to argue that there’s not some profound existential themes at play.

In much the same way it shocked me to hear how bored people were with the first hour of “Red Dead Redemption 2,” I started to become surprised when I heard people were struggling to get into “Death Stranding.”

But I came to the realization that these sorts of slow-burn, character-driven, cinematic stories are exactly the kinds of movies I like. Throw in the fact that “Death Stranding” also has a unique vision of the future and tons of thought provoking Sci-Fi elements, and suddenly this thing is really up my alley.

Most video games are far more equivalent to fast paced, big budget summer blockbusters where putting the pedal to the metal and never letting up has become more the norm than challenging, thought provoking science fiction.

Now don’t take that the wrong way, I still enjoy a good Marvel action-fest as much as the next guy, but when I’m thinking about what movies to put on my year-end top 5 list, I tend to gravitate more toward movies like “Arrival,” “Blade Runner 2049” and “Ex Machina” (I like indie character studies as well, but these sci-fi movies seemed more on brand with this discussion). Some people just don’t like slower films. There’s nothing wrong with that, but to dismiss them seems shortsighted. 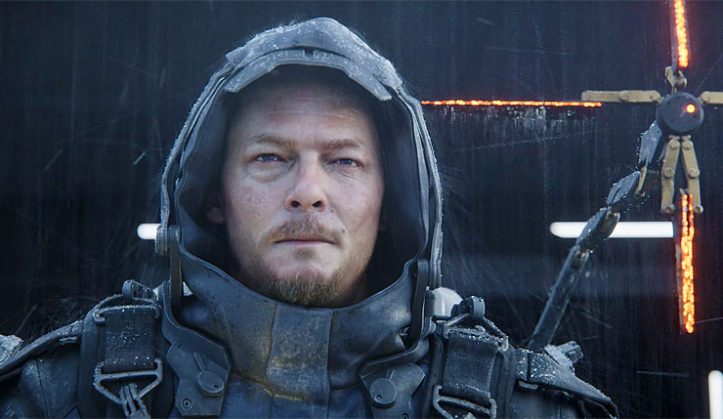 In fact, it occurs to me that a good comparison to make for “Death Stranding” might be “2001: A Space Odyssey” as directed by Christopher Nolan. It would be hard to explain exactly what I meant in detail without covering major spoilers. Suffice it to say that there are people who love “2001” for it’s slow-burn, thought provoking story and love to debate it’s unanswered questions (don’t watch “2010”), but there are just as many people who find it boring and weird and simply don’t have the patience to sit through its lengthy runtime.

That’s exactly what I’m finding is happening in the conversation around “Death Stranding.” You either love the slower style of it, appreciate the artistry and are compelled to continue by it’s thought provoking story and themes, or you’re just bored and find it too frustrating to bother with.

Nevertheless, the story and its style is the one that has engaged me the most in 2019, regardless of medium. I’m still thinking about it, and I know I’ll still be thinking about it for a good long while.

I love the Mass Effect-like synth score and since I’m already a fan of Low Roar and Chvrches, I also liked the licensed music.

No, “Death Stranding” is not a perfect masterpiece. It’s certainly not the game I had the most fun playing all year, but it is the kind of original, off-the-wall story that rarely gets made in Hollywood anymore. So even if you were thinking this should have been a movie or a TV show rather than a video game, consider that it may only have ever stood a chance at existing in the form of a video game.

I suspect it will be the game of the year for some and not even make the top 5 for a lot of others. It will undoubtedly be in the conversation for game of the generation (at least on Sony’s side) once the next generation consoles come out and we start getting nostalgic about the PS4 era.

For those that made it to the end, I defy you to come up with a game that will be more memorable than “Death Stranding” in 2019. When we look back at this year, I’m not sure I won’t see it as the year this game came out, above all others.